Movies on the Japanese Shiba Inu to enjoy! 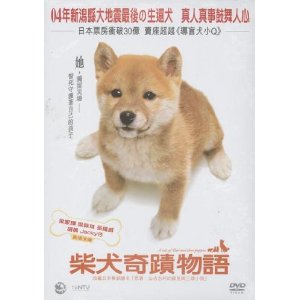 "This is a story of life, based on reality. The miraculous survival of a mother dog and her puppies for 16 days in an evacuated village. October 23, 2004, 5:56 in the afternoon. An earthquake occurred with a magnitude of 6.8, it's epicenter in the Chuetsu region of Niigata Prefecture. It was named the "Niigata Prefecture Chuetsu Earthquake." The famous town of Yamakoshi (now called Nagaoka), known for its battling bulls and colored carp, suffered catastrophic destruction and was thrust into total isolation when its main access highway was destroyed. But a certain episode brought courage to the inhabitants of Yamakoshi, who had reached the depths of despair."