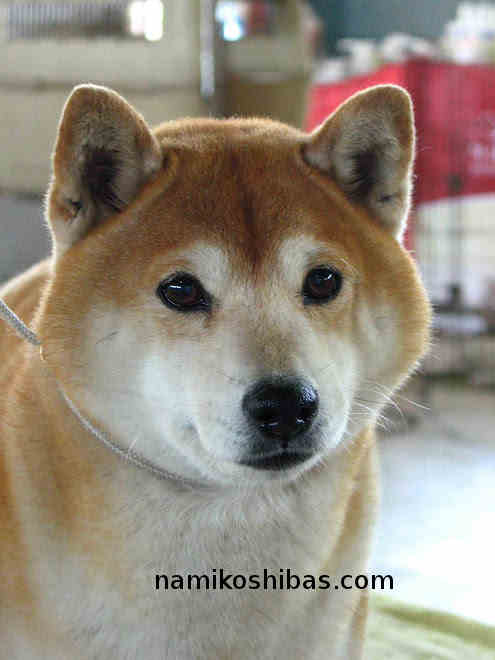 Above, Akashi, a red shiba inu!! 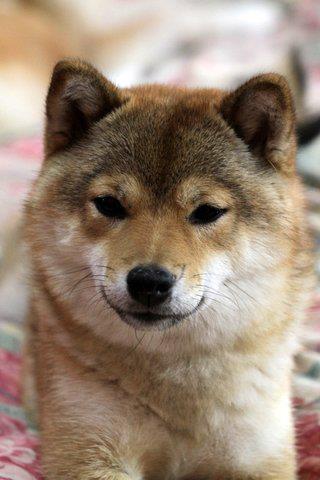 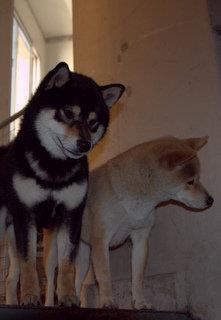 Above, Mink, a white shiba inu!! 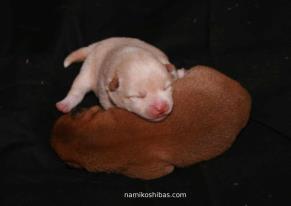 Characteristics and Standard of the Shiba Inu Dog Breed.

CLASSIFICATION
F.C.I. :
Group 5 Spitz and primitive type.
Section 5 Asian Spitz and related breeds:http://www.fci.be/nomenclature.aspx
They weight between 8 and 14 kilgrams.
Excellent company dogs.
They are very intelligent and require a firm hand.
They typically live between 11 and 15 years.

"The smallest of the Japanese native breeds, the Shiba was originally developed for hunting in the dense undergrowth of Japan's mountainous areas. Alert and agile with keen senses, he is also an excellent watchdog and companion. His frame is compact with well-developed muscles and he possesses a double coat that can be black and tan, red or red sesame."

See http://www.akc.org/breeds/shiba_inu/ for excellent information by the American Kennel Club on Shiba Inus!!

The FCA, Federacion Cinologica Argentina includes Shiba Inu in Grupo V, Spitz and Primitive dogs, see http://www.fca.org.ar/
Aproximate weight: between 8 and 14 kilograms.
An excellent dog for company.
They require a firm nad, and are very intelligent and loving.
They live between 11 and 15 years.

"FCI-Standard N° 257/ 16. 06. 1999 / GB SHIBA ORIGIN : Japan. DATE OF PUBLICATION OF THE ORIGINAL VALID STANDARD : 15.06.1992. UTILIZATION : Hunting dog for birds and small animals. Companion dog. CLASSIFICATION F.C.I. : Group 5 Spitz and primitive type. Section 5 Asian Spitz and related breeds. Without working trial. BRIEF HISTORICAL SUMMARY: The Shiba has been a native breed to Japan since the primitive ages. The word " Shiba " originally refers to something " small ", a " small dog ". The Shiba's habitat was in the mountainous area facing the Sea of Japan and was used as a hunting dog for small animals and birds. There were slight differences in the breeds according to the areas where they were raised. As dogs like English Setters and English Pointers were imported from England during the period of 1868-1912, hunting became a sport in Japan and crossbreeding of the Shiba with those English dogs became prevalent and a pure Shiba became rare so that by 1912-1926 pure Shibas confined to these areas became exceedingly scarce. Hunters and other educated persons became concerned with the preservation of the pure Shibas from around 1928 and the preservation of the limited number of pure strains began seriously, and the breed standard was finally unified in 1934. In 1937 the Shiba was designated as a " natural monument " after which the breed was bred and improved to become the superior breed known today. GENERAL APPEARANCE: Small-sized dog, well balanced, well boned with well developed muscles. Constitution strong. Action quick, free and beautiful. IMPORTANT PROPORTION: The ratio of height at withers to length of body is 10 : 11. BEHAVIOUR / TEMPERAMENT: The temperament is faithful, with keenness in sense and high alertness. HEAD CRANIAL REGION : Skull : Forehead broad. Stop : Well defined with slight furrow. FACIAL REGION : Nose : Black colour desirable. Nasal bridge straight. Muzzle : Moderately thick and tapering. Lips : Tight. Jaws/Teeth : Teeth strong with scissor bite. Cheeks : Well developed. Eyes : Relatively small, triangular and dark brown in colour; the outer corners of the eyes are upturned. Ears : Relatively small, triangular, slightly inclining forward and firmly pricked. NECK Thick, strong, and well balanced with the head and the body. BODY Back : Straight and strong. Loins : Broad and muscular. Chest : Deep, ribs moderately sprung. Belly : Well tucked up. TAIL Set on high, thick, carried vigorously curled or curved as a sickle, the tip nearly reaching hocks when let down. LIMBS FOREQUARTERS : Seen from the front, forelegs straight. Shoulders : Shoulder blade moderately sloping. Elbows : Tight. HINDQUARTERS : Upper thighs : Long. Lower thighs : Short, but well developed. Hocks : Thick and tough. FEET Digits tightly closed and well arched. Pads hard and elastic. Nails hard and dark in colour desirable. GAIT/MOVEMENT Light and brisk. COAT HAIR: Outer coat harsh and straight, undercoat soft and dense; hair on tail slightly long and standing off. COLOUR : Red, black and tan, sesame, black sesame, red sesame. Definition of the colour sesame Sesame : Equal mixture of white and black hairs. Black sesame : More black than white hairs. Red sesame : Ground colour of hair red, mixture with black hairs. All the above mentioned colours must have " Urajiro ". " Urajiro " : Whitish coat on the sides of the muzzle and on the cheeks, on the underside of the jaw and neck, on the chest and stomach and the underside of the tail, and on the inside of the legs. SIZE AND WEIGHT Height at withers : Dogs 40 cm. Bitches 37 cm. There is a tolerance of 1.5 cm smaller or taller. FAULTS Any departure from the foregoing points should be considered a fault and the seriousness with which the fault should be regarded should be in exact proportion to its degree. Bitchy dogs, doggy bitches. Malocclusion (overshot or undershot mouth). Numerous teeth missing. Shyness. ELIMINATING FAULTS Ears not pricked. Hanging or short tail. N.B. Male animals should have two apparently normal testicles fully descended into the scrotum."
And more about Shiba Inu http://en.wikipedia.org/wiki/Shiba_Inu and in FCI's site http://www.fci.be/nomenclature.aspx